Last year was the first time in 6 years that barn owls did not raise babies in our nest box. We’re not sure why they didn’t lay eggs last summer. Maybe the drought affected them? Or it was nature’s way of controlling the population? We’ve watched them raise 21 baby owls in 5 years in our box, plus there was another pair that laid eggs in a tree around the corner in 2013. That prompted a neighbor in that area to put up an owl box. There was a lot of owl activity in both of our boxes last year… but no baby owls. 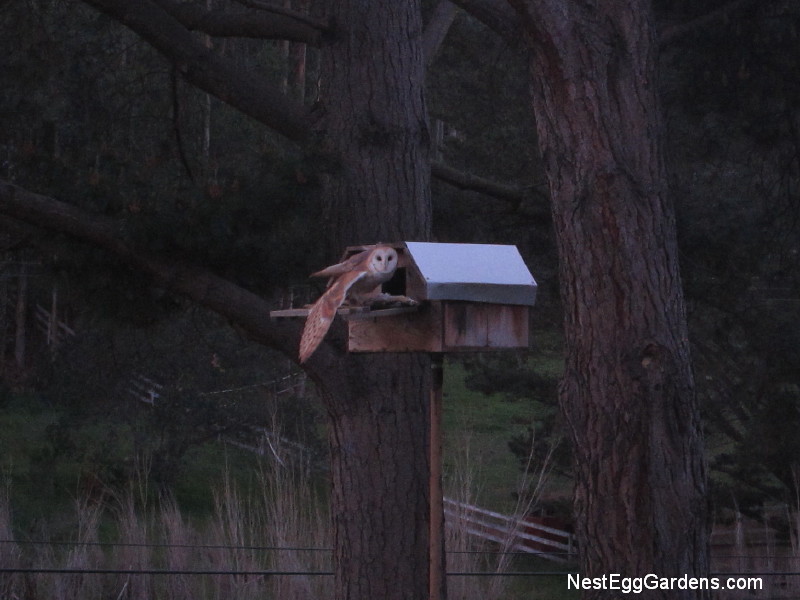 This year looks promising. The female has been roosting in the box since February 11th. The male has been feeding her in there, so we think she’s laying eggs. He swoops down from the palm tree every night at sunset… goes inside and they make noises and move around for a minute before he takes off down the canyon to hunt.
More about owls
An amazing program on KQED