Getting a huge root-bound Giant Bird of Paradise out of its pot was not an easy task. Back on September 13th, we pulled and tugged and rolled it around and around. When it finally came out, in the bottom of the concave mass of roots were two salamanders. Poor things were probably shaken up! Then we noticed what looked like a mass of eggs. We thought that they usually laid their eggs in water, and because the pot hadn’t been watered in awhile, it was barely damp. 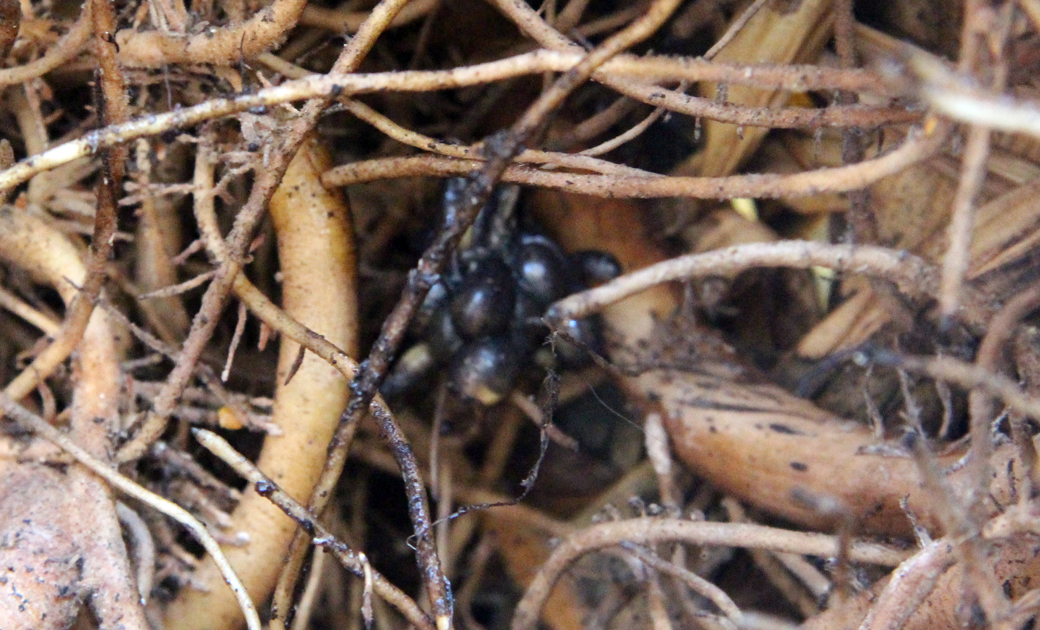 We cut off the bottom third of the root ball that held the salamanders and eggs and put it back in the pot, topped it off with a layer of leaves and a saucer to weigh it down, watered it.. and hoped for the best. A couple of weeks later, about ten teeny, tiny baby salamanders could be seen in the bottom of the pot. Recently, these three below have made an appearance on top of the leaves under the saucer. They have grown quite a bit and still are only about an inch long. 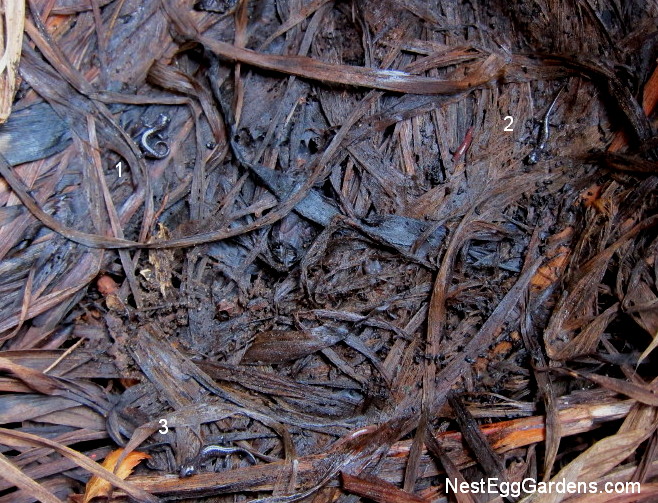